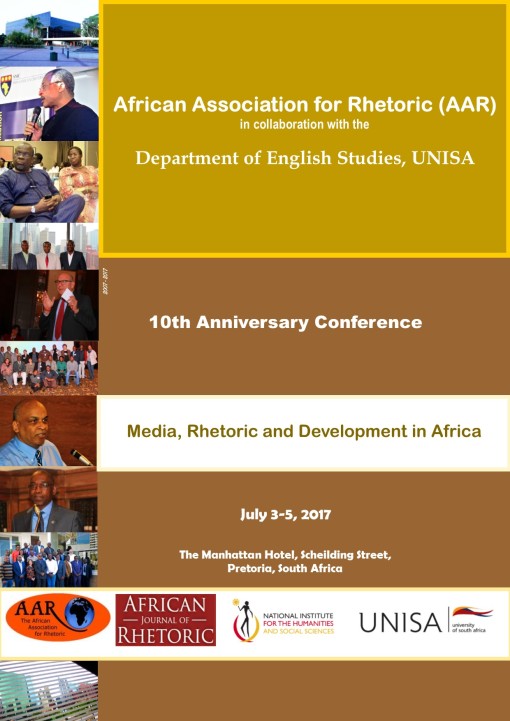 The African Association completed its 10th Anniversary conference with renewed vision and vigor for the future. The Project that started at the University of KwaZulu-Natal on 3rd July, 2007, has grown and transmigrated to different locations within the continent of Africa and elsewhere. The first conference at the Malherbe Library, UKZN, considered the subject, Rhetoric, Protests and the Economy. This was a time when the frequency of protests in South Africa was as high as 6500 a year. Perhaps the highest in the world. Since then, the Association has dealt with other themes such as, Rhetoric in the Time of AIDS: African ‘Perspectives, Intercultural Negotiation of the Global Space: African Perspectives, Rhetoric and Political Leadership, Transitions and Transformative Rhetoric, Rhetoric, Transformational Leadership and W. E. B. Du Bois, The Rhetoric of Good Governance, and in 2017, Media, Rhetoric and Development in Africa.

Numerous suggestions and recommendations for future projects and activities were made by the Keynote Speakers and Roundtable Panelists.

The Conference was sponsored by the National Institute for the Humanities and Social Sciences and African Journal of Rhetoric (AJR).